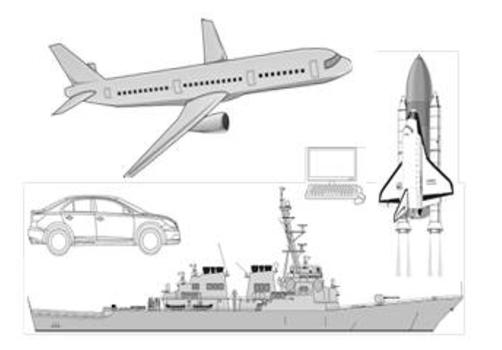 Another example is recent fatal automobile accidents caused by the ignition switch turning-off during driving.  A detailed investigation indicated that the detent plunger used to lock the ignition switch in position was not properly designed to counter the friction and torque in the switch. The solution was to make the spring longer to increase the contact friction force.

Tribology deals with friction, wear and lubrication of contacts in relative motion. All mechanical systems are prone to tribology and contact problems, be it an airplane, a ship, an automobile, or even the hard drive in personal computers.  If not designed properly, the cost of failure can be catastrophic and sometimes deadly.  The following examples clearly demonstrate this point.  In 2000 a commercial passenger plane crashed causing 50 casualties. A detailed investigation by TSB identified the cause of failure as “inadequate lubrication and excessive wear” of the jackscrew in the horizontal stabilizers in the tail section caused by the use of wrong grease formulation.

The third example cost the trucking companies millions of dollars in down-time and the heavy duty manufacturers a large sum of money to correct the problem.  The problem arose due to the reduction of sulfur and aromatic contents in diesel fuel to reduce emissions in the early 90’s. This resulted in lower fuel lubricity and created scuffing/seizure of the fuel injector nozzles.  The optimum solution, which should have been implemented prior to the introduction of the regulation, was the replacement of steel plungers with ceramics that required less lubrication.